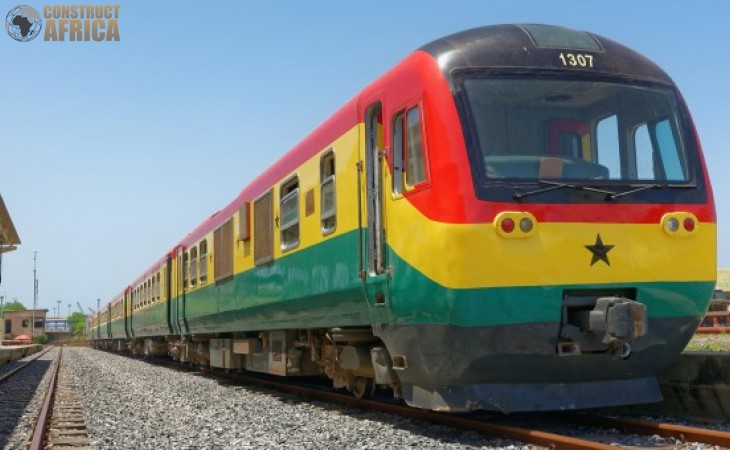 The US$3.2 billion agreement to boost commercial activity, including transportation of minerals and other resources to Takoradi Harbour.

Thelo DB Consortium has signed an agreement with the Ghana government to develop and operate the country's Western Railway Line. The agreement is for a term of 25 years, and is worth US$3.2 billion.

Under the terms of the agreement, the Thelo DB Consortium will provide planning, construction and acceptance services for the modernisation of Ghana’s Western Railway Line. The project scope comprises associated infrastructure, training and operations, and maintenance management - with the detailed scope of work including:

The 339-kilometre Western Rail Line runs from Takoradi Port to the city of Kumasi, branching from Dunkwa to Awaso. Of this, only 66 kilometres between Takoradi and Nsuta are operational. However, the Ghana Ministry of Railways Development has listed this line as a priority project.

The Western Rail Line has two large mines along its route. These include the Ghana Manganese Mine at Nsuta, which depends heavily on this rail line, besides road transport, to deliver manganese from Nsuta to Takoradi. Rail inefficiency has increased dependency on the road network.

The other is the bauxite mine at Awaso, 239 kilometres from Takoradi. Because the rail line between Awaso and Nsuta is unusable, all the bauxite currently moves by road to the Takoradi Port.

Cocoa is another major resource found in commercial quantities along this route, but cannot be exploited because of the collapse of the Western Line, which has not transported cocoa since 2006.

Construction of the new rail line will help restore all commercial activities along the route. This project will also benefit the movement of other bulk cargo like cement, mining equipment, and petroleum.

The Western Railway Line will also connect to the Central Spine rail line, which ends on Ghana's border with Burkina Faso at Paga.

“The Western Railway Line Project will transform Ghana’s existing railway infrastructure base into a modern, robust, and integrated railway system, with the associated infrastructure to position Ghana’s rail network as a leading transport system in Africa,” Thelo DB said in a statement.

Ghana's Minister of Railway Development, John-Peter Amewu, commented, “Currently, the transportation of freight, including minerals and other bulk commodities along the Western Corridor is predominantly by means of the road network due to the poor state of the railways."

Mr. Amewu added "The Western Railway Line has a very huge potential in terms of the haulage of both liquid and bulk cargo. For instance, current projected annual haulage on the Western Rail Line for manganese and bauxite is about 7mn and 15mn metric tonnes respectively. An additional 5mn metric tonnes of bauxite is estimated to be mined and transported annually from the new bauxite deposit at Nyinahin using the railway. "

Ronnie Ntuli, chairman of Thelo DB, also stated that “The intention of this project is to develop, implement and operationalise the Western Railway Line as a fully integrated railway system to enable efficient mobility of freight and passengers. This will, in turn, catalyse investment, infrastructure development, promote trade, skills development and job creation thereby generating broader economic growth in Ghana, and hopefully, the broader West Africa region.”