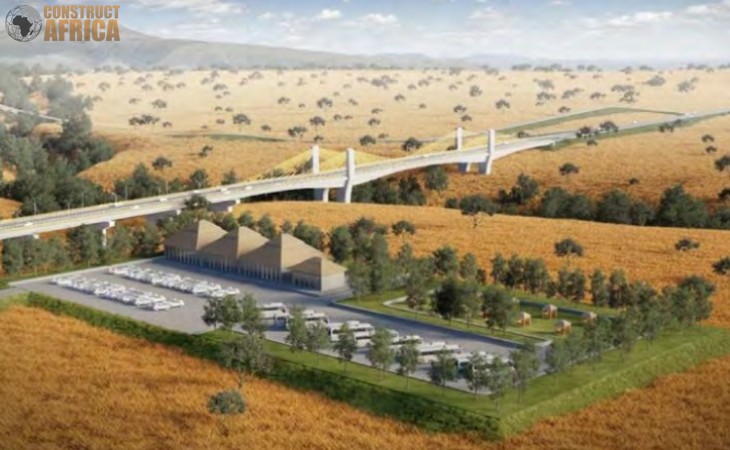 Tanzania’s Works and Transport Minister, Makame Mbarawa, has announced that TSh920 billion is being spent on upgrading the Arusha-Holili Road, a section of the 240-kilometre regional highway (Arusha-Holili-Taveta-Voi Road).

The road connects the towns of Arusha, Moshi, and Holili in Tanzania with Taveta and Voi in Kenya. Japan International Cooperation Agency (JICA) is financing the project.

Mbarawa said JICA was considering upgrading the road to a dual carriageway. The civil works will also include the construction of a new bridge across the Kikafu River to replace the one built in the 1950s.

The project will help increase the capacity of the road in terms of volume and loading, improve traffic safety and help decrease vehicle operating costs through road widening and bridge construction.

It will also help improve the livelihood of the community between Arusha and Moshi, reduce travel time between these towns and improve accessibility to Kilimanjaro International Airport from Moshi and Arusha.

The road will boost trade between Tanzania and Kenya by extending the road to the Holili/Taveta border of Tanzania and Kenya. It will help economic activity in the northern parts of Tanzania. The project will also widen the roads of the Tengeru-Usa River section in Arusha City and Moshi town section, Kilimanjaro region, into a dual carriageway.

The Project comes under the TICAD 7 agenda of “Quality Infrastructure to Promote Connectivity” and is connected to the Free and Open Indo-Pacific (FOIP) vision of linking Tanzania and Kenya via the Holili/Taveta border.

The recently completed Arusha Bypass, a 42.4-kilometre road, is part of the regional Arusha-Holili/Taveta-Voi road that links northern Tanzania to the Kenyan port city of Mombasa. Tanzanian President Samia Suluhu Hassan and her Kenyan counterpart were at the inauguration in Tanzania on July 22, 2022.

The African Development Bank (AfDB) spent US$217 million on the Arusha-Holili/Taveta-Voi Road - US$112 million allocated to Tanzania and US$105 million to Kenya. The governments of the two countries bore all additional costs.