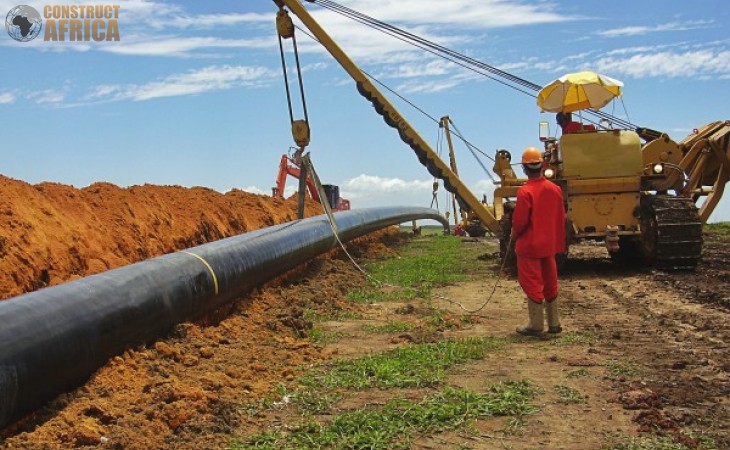 The  2,000 kilometres Niger-Benin Oil Export Pipeline will be the longest cross-border crude oil pipeline in Africa when completed. The West African Oil Pipeline Company (WAPCO), a subsidiary of the China National Petroleum Corporation (CNPC), is undertaking the construction and installation of the pipeline.

On completion, the pipeline will transmit crude oil from the Agadem region of eastern Niger Republic to the Port of Seme on the Atlantic coast in the Republic of Benin.

There will be nine intermediate stations along the way, with a total expected pipeline capacity of 110,000 barrels per day (BPD), of which 90,000 BPD will be exported.

Worley, an Australian engineering company, developed the basic design of the offshore pipeline, which extends from Port Seme to about 14.8 kilometres out at sea. This offshore area will help transfer oil into tankers through a single-buoy mooring system. The offshore terminal will comprise two parallel 28-inch sub-sea pipelines, a pipeline-end manifold, and a one-buoy mooring system designed with six mooring anchors.

The oil pipeline will generate additional traffic to the Port of Cotonou in Benin, which is expected to process 300,000 tonnes of goods once the pipeline is operational.

The project is expected to be commissioned by the end of 2023.

This pipeline project is being constructed alongside the two-phased Agadem oilfield development project. A CNPC-led joint venture is developing the Agadem basin. Savannah Petroleum, an oil and gas company, based in London, holds the R1/R2 and R3/R4 Agadem Production Sharing Contracts (PSCs), which cover approximately 50% of the Agadem Rift Basin (ARB).

The first phase of development of the Agadem oilfield is adjacent to the Savannah permit areas. Oil production from the Agadem block, which comprised the first phase, began in November 2011.

The oil produced here is exported to the Zinder oil refining facility in southern Niger. It also produces petrol, diesel, and LPG products for domestic consumption. The Agadem field is connected to the Zinder refinery via an approximately 13-inch diameter and 462.5km-long existing pipeline.

It has three heating stations, three clean-up stations, and a terminating station. Agadem Phase Two is currently in construction phase and expected to be operational in 2024.

It is estimated that an investment of up to US$4 billion will go into constructing and completing the oil fields development and the pipeline. “It is the biggest investment by Niger since its independence in 1960"  notes Kabirou Zakari, the director of Hydrocarbons at Niger’s Ministry of Oil. Zakari further commented that on completion of the pipeline project, Oil could generate up to a quarter of the Niger’s GDP [over US$13.6 billion in 2020, according to the World Bank] and about 50% of Niger’s tax revenue,” compared to 4% and 19%, respectively, at present.