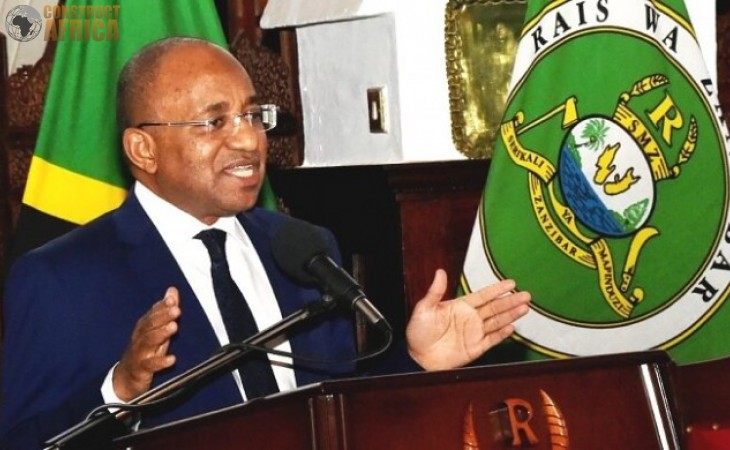 The President of Zanzibar, Dr. Hussein Mwinyi, has invited potential investors to participate in the country's multi-million dollar Mangapwani scheme.

On the 28th of February 2021, the Zanzibar government signed a Memorandum of Understanding (MoU) with the OIA for the multi-terminal port project. The investment authority had been given six months to develop the master plan but finished the task in less than three.

Speaking further during the presentation of the master plan, the President said, “We want the world to appreciate the fact that we are ready to implement the Mangapwani project.”

President Mwinyi also reported that the Zanzibarian government has been receiving several prospective investors expressing interest in joining the project. He invited both domestic and foreign investors. He stated, “You can now come for discussions on the cooperation procedures. I want to see many domestic investors participating in this flagship project.”

The Oman Investment Authority (OIA) is a multi-billion-dollar government organization. The organization has huge investments in the Sultanate of Oman and other 35 countries around the world. The OIA had hired the Seaport Group of Netherlands to develop the project’s master plan.

Omani Investment Authority to invest and Construct Mangapwani Port Project which expects to include various ports including a container and mixed cargo port, a port that will serve fishing vessels, an oil & gas port, an oil and gas port, a ship maintenance port and Modern City pic.twitter.com/BbNxATrHs6

Speaking on behalf of the Oman Investment Authority, Mr. Mohamed Al-Tooqi stated that after the master plan, the OIA would require another six months to develop the project’s bankable feasibility study. However, the President directed that the authority carry out the study in less time. He said, “Six months for the bankable feasibility study is too much...we don’t have that time. We want speed and precision in this investment; we don’t want to make mistakes.”

The President also stated that “We are in a crisis with Malindi port, which is too small to handle all our cargoes. Many big ships are not docking here.”

President Mwinyi emphasised that the government is determined to succeed in this grand development project, stating that "The government is determined to transform Zanzibar into East and Central Africa’s commercial and tourism hub through this project and the construction of essential economic infrastructure. Under this all-inclusive Mangapwani project, Zanzibar is determined to build a large modern port with several containerized and general cargo terminals, including fuel, fishing vessels, oil, and natural gas."

In addition to the fishing-related facilities, this mega-project will also have industrial infrastructure and maritime training institutions. These will facilitate the nation’s blue economy drive. The government has opted for ocean-based activities as the engine of its economic growth.

Under this blue economy, Zanzibar will pursue deep sea fishing, fish farming, fish processing, exploration of oil and gas, and other economic undertakings.