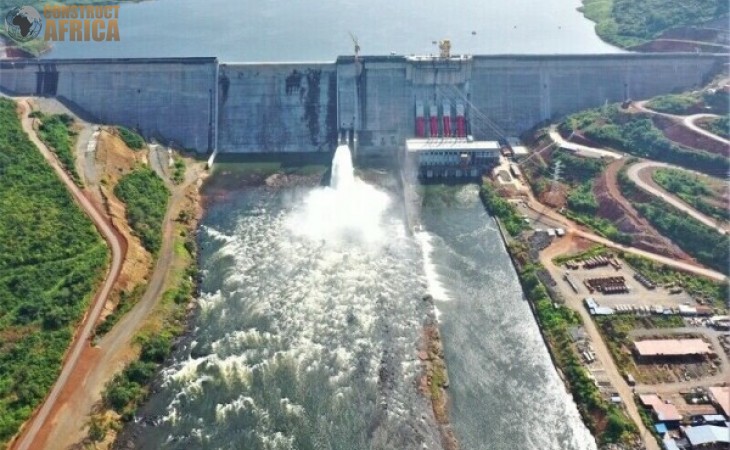 The MSGBC region – comprising Mauritania, Senegal, Gambia, Guinea-Bissau and Guinea-Conakry – has seen a significant increase in energy developments and investments, owing to the region’s abundant resources.

Rich in hydropower, solar, and wind, the region can use its significant potential to meet demand, leading the way towards a clean energy future.

With governments committing to greener energy sources and the reduction in carbon emissions, the MSGBC region has focused on renewable energy project developments. Accordingly, both small- and large-scale projects across the entire renewable energy spectrum have been accelerated.

The Souapiti hydropower station is Guinea-Conkary’s largest renewable energy project with a capacity of 450MW. Located on the Konkure River Basin and developed by China Three Gorges Corporation, construction of the station started in 2016. With the commissioning of its fourth generating unit in March 2021, the project reached full capacity.

Located 70km north-east of the capital city Dakar, the $400 million Taiba N’diaye wind farm is Senegal’s first utility-scale wind power project, boasting a capacity of 158MW. The onshore wind facility covers 41 hectares and is equipped with 46 wind turbines, with a nominal capacity of 3.45MW each. With power purchased from the wind farm by the national power utility, Senelec, the wind farm supplies critical power to the national grid.

The Kamsar and Boké solar facility is an independent project being developed by Clean Power Generation in partnership with Frontier Energy. Located in Guinea-Conakry, the project is spread over two sites, and boasts a total capacity of 82MW. With the country targeting the production of 30% of its energy from renewable sources by 2030, the project will contribute significantly to this objective.

Guinea-Conakry’s Garafiri hydropower station is located on the Konkouré river on the boundary between the Kindiar and Mamou region of the country. Constructed between 1995 and 1999, the hydropower station has been a valuable source of power for the country. In August 2021, the government invited bids for the rehabilitation of the facility, whereby capacity is expected to increase from 75MW to 122MW upon completion.

Guinea -Conakry’s Khoumagueli solar project comprises the country’s first grid-connected solar plant. With a capacity of 40MW, the project is being developed by InfraCo Africa and Solveo Energie. The project will not only provide critical power to the population but will be able to tap into the West African Power Pool, providing power to both national and regional markets.

Part of the Scaling Solar program – a World Bank initiative to fast-track solar developments in Africa- the Kahone Solaire solar project is located in the Kaolack region of Senegal (). Comprising one of the first electricity generation projects by private operators in the country, the project has a capacity of 30MW and upon connection to the grid will provide valuable electricity to the country’s population.

Senegal’s $50.6 million Senergy project is currently one of the largest solar power facilities both in the country and in west Africa. With a capacity of 29MW, the Senergy project supplies electricity to approximately 226,500 people, with Senelec purchasing electricity through a 25-year power purchase agreement.

The Synergy 2 project is the first operating solar plant by an independent power producer in Senegal. The $23.5 million, 20MW solar photovoltaic facility was financed by Green Africa Power and has significantly enhanced renewable capacity in the country.

The Sheikah Zayed solar power plant, located in Nouakchott in Mauritania (), is a 15MW facility built by MASDAR PV. Accounting for approximately 10% of the country’s grid capacity, the project produces on average, 25,409MW hours of electricity annually.