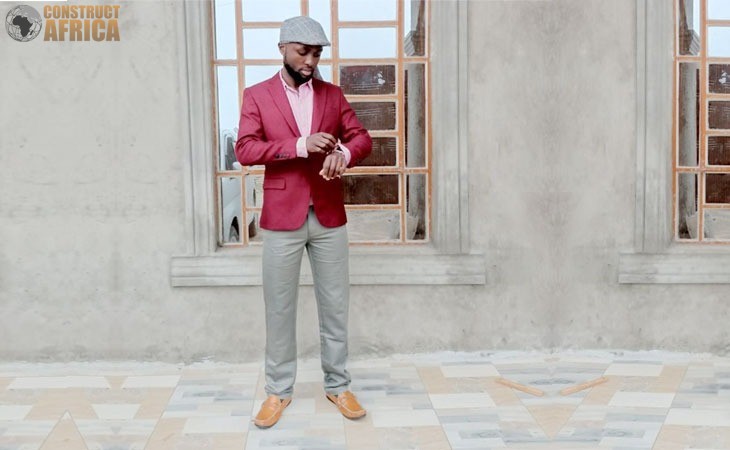 University lecturer who uses his experience in the field to improve teaching.

Ever wondered what made your favorite teachers great at what they do? Sure, there’s the passion for teaching. But more than that, it’s the confidence that what they instruct their students is accurate and relevant.

Today we’re taking a peep into the world of a university lecturer who uses his experience in the field to improve his teaching. He has created a symbiotic relationship between his teaching and his work as a contractor.

We met Simon Mutungi at his office at Jomo Kenyatta University of Agriculture and Technology (JKUAT) - named after Kenya’s first president - and chatted.

Mutungi is ambitious and entrepreneurial, but despite his academic and business achievements, he remains humble.

He generously answered our questions within the time allotted for us while performing his duties at the university.

Kenya is known for its excellent education system, and in 2017, the World Economic Forum rated it the strongest in Africa.

Therefore, being a successful lecturer in one of the top universities in Kenya is no small feat.

Besides being a lecturer, Mutungi is a contractor and an entrepreneur. He owns a construction company, which he founded in August 2017. The company, Monsale Enterprises, deals in building and civil works.

Before starting his construction company, Mutungi had worked in another company. Notable projects he participated in during this time include:

Mutungi founded Monsale Enterprises when he ventured out independently. Since then, the company has undertaken several building projects across the country.

Some notable projects undertaken by Monsale Enterprises include:

Asked why he prefers working for the county government and NGOs, Mutungi said these institutions have no problem paying. "When working in an industry notorious for being unpredictable, you want to collaborate with a client who guarantees payment on time," he said.

Although Monsale Enterprise has enjoyed success in building projects over the years, Mutungi aims to focus on taking more civil works in the future.

In the next three years, his vision for the company is to be certified as NCA 3. The current NCA 6 certification means he can only bid for building works valued up to KSh50 million.

Once certified as NCA 3, Monsale Enterprises can bid for building works valued up to KSh300 million.

Eight categories are available for NCA registration - NCA 8 to 1. The National Construction Authority (NCA) is the Kenyan body registering contractors.

You can read more about the NCA registration process to become a contractor in Kenya.

Besides aiming for NCA 3, Mutungi plans to diversify his clientele and work more with private clients.

After getting a glimpse into Mutungi's world, we got some insight into the Kenyan construction industry.

We asked Mutungi what challenges the Kenyan contractor faces when sourcing jobs. He said they vary, but common ones include:

According to Mutungi, the most important thing is to do proper background research. You can hire people to research for you or get one of the well-researched ConstructAfrica construction reports.

He said it is essential to manage your expectations. "As with every new venture, you can expect to encounter bumps in the beginning. One of these is the long process of getting approvals and permits for your projects."

Having been in the industry for a while, Mutungi had gems for us on lessons he has learned from running a construction company in Kenya.

Here are pointers he shared:

Mutungi said managing people could be stressful, especially when you’re new to being a boss.

He has two pieces of advice for contractors in the Kenyan construction industry:

For more information on being a good manager, check out our project management guide for new construction projects.

On what is negatively affecting the Kenyan construction industry, Mutungi says it isn’t performing very well. He cited the political climate and the selection process during bidding as notable causes.

As in other parts of the world, Kenya’s political climate significantly affects the construction industry.

Currently, the government is channeling most of its resources to repay loans to the Chinese, according to Mutungi.

He expresses his disappointment in this because he believes it doesn’t consider the contractor's technical expertise to carry out the job.

"You’ll find that some contractors bid low to get the contract and then do a sub-standard job down the line."

Who would you like us to feature next? Let us know.