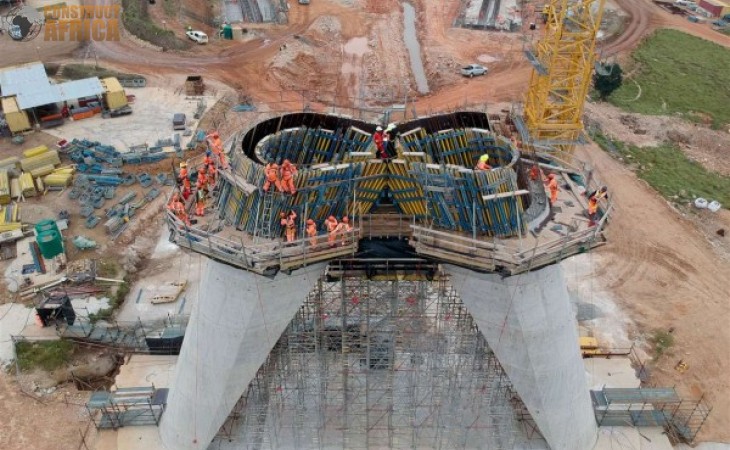 The N2 Wild Coast Road (N2WCR) is part of the South African government’s Strategic Infrastructure Projects SIP-3 'South-Eastern Node & Corridor Development', whose primary purpose is to serve as catalysts to increase the economic growth of the Eastern Cape and KwaZulu-Natal provinces.

The N2-Wild Coast Highway is expected to improve access into KwaZulu-Natal and national supply chains.

The N2WCR road project covers 410 kilometres between the N2 Gonubie Interchange (near East London in the Eastern Cape) and the Mtamvuna River bridge (Between Mzamba in the Eastern Cape and Port Edward in Kwa-Zulu Natal). It also connects the smaller cities and towns of Cape Town, George, Knysna, Gqeberha (Port Elizabeth), East London, Mthatha, Durban, and Ermelo.

On completion of the project, the N2 and R61 routes will be shortened by 69 and 85 kilometres . The flatter road alignment and shorter routes will make travel times one and a half and three hours faster for light and heavy freight vehicles respectively on these routes, compared to the current travel times.

The reduced carbon emissions will also be another major benefit of the project. It will create time-cost savings of R1.5 billion (US$88.6 million) per annum for motorists and freight operators.

The project, commissioned by SANRAL (South African National Roads Agency), will also involve the construction of two mega bridges, the Msikaba Bridge and the Mtentu Bridge. Dissing+Weitling designed the two bridges. CME joint venture, a partnership between Concor Construction and MECSA Construction, is constructing the bridges on the Msikaba and Mtentu Rivers.

The R1.65 billion (US$97.4 million) cable-stay Msikaba Bridge was estimated at 53% complete as of February 2022. The project has created 372 skilled jobs (190 local) and 137 unskilled local jobs and is expected to be completed by mid-2024. The bridge will span 580 metres and be 195 metres high. Work is progressing steadily, with 67% of the Southern and 61% of the Northern bridge reported to be complete.

On completion of the pylons and anchor blocks, work will begin on the 580 metres long bridge deck built across the gorge using steel and reinforced concrete segments. Each segment is supported by two massive steel cables tied back to the anchor blocks via the top of the pylons.

The other mega bridge, the Mtentu Bridge, was re-tendered in February 2022, with construction work expected to resume soon. It will be approximately 1,130 metres long, with a 260-metre main span and approach viaducts constructed with incremental launching methods.