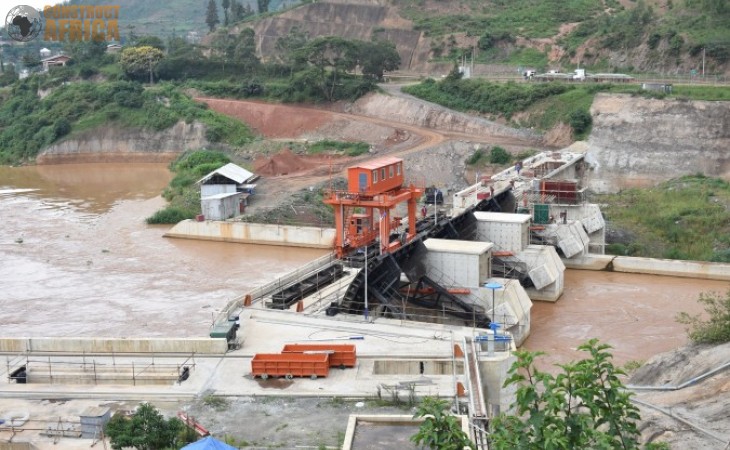 Burundi, Rwanda, and Tanzania are jointly developing the hydropower scheme.

The Regional Rusumo Falls Hydroelectric Project (RRFHP) is a hydropower project that is being developed through a tripartite agreement between the governments of Burundi, Rwanda, and Tanzania. It is located at Rusumo Falls, on the common border of Rwanda and Tanzania on River Kagera.

The project is designed as a Run-of-River hydroelectric power scheme that generates electricity without the need of water storage or a retaining dam. In this case, RRFHP will generate electricity from the natural height difference of the Rusomo Falls which is reported to produce a head of 35 metres. The Run-of-River model eliminates the need for constructing a reservoir and minimises social and environmental impacts.

The project has two main components: (i) an 80-megawatt hydropower generation plant estimated to cost US$340 million; and (ii) transmission lines and substations estimated to have a total cost of US$121 million.

The hydropower plant includes a 13 metres high and 115 metres long gated weir, diverting a design flow of 360 cubic metres per second (m3/sec) into a free-low headrace tunnel that is 9 metres wide, 12 metres high, and 700 metres long. The power house will have three Kaplan turbines of 27 megawatts capacity each. The annual power generated is expected to be 500-gigawatt hour (GWh) with a load factor of 63%.

On completion, each of the three owner countries will receive 26 megawatts directly connected to their respective national grids through three 220 kilovolt (kV) transmission lines carrying the generated power to the three countries.

The overall project also includes a livelihood and restoration program (LRP) for the project affected persons (PAPs) as well as a local area development program (LADP).

Canadian engineering consulting firm SNC-Lavalin International carried out the feasibility study for the project. The owner's engineer supervising the project is AECOM-ARTELIA, which is a joint venture venture between U.S. consulting firm AECOM and French firm Artelia.

In November 2016 a consortium of Chinese contractors comprising CGCOC Group Ltd and Jiangxi Water and Hydropower Construction Company Ltd was awarded the construction contract for the civil works (including delivery and installation of hydro-mechanical equipment).

Austrian firm Andritz Hydro was also awarded the contract for mechanical and electrical works for power production in November 2016.

Nile Equatorial Lakes Subsidiary Action Program Coordination Unit (NELSAP-CU) is managing the power project on behalf of the governments of Burundi, Rwanda, and Tanzania, the owners of the project. NELSAP and RPCL report to the project Council of Ministers (CoM) composed of ministers responsible for energy affairs in the three owner countries.

Construction works commenced on the project in March 2017.

During a site visit conducted by the Council of Ministers in August this year (2022), the project was reported to be 95% complete. The site visit was attended by Ernest Nsabimana, Rwandan minister of infrastructure, Ibrahim Uwizeye, Burundian minister for hydraulic, energy, and mines, and January Yusuf Makamba, Tanzanian minister of energy. The inspection team assessed the progress of the power intake construction site, the powerhouse, and the switchyard.

The project is expected to complete by December 2022.

20/08/2022: 14th Council of Ministers (CoM) Meeting was held in Rusumo preceded by a site visit to main construction sites: switchyard & powerhouse. CoM Members recognized the overall implementation Project progress at 95% and expects completion towards end of this fiscal year pic.twitter.com/TeziuDeStB

The project aims to increase the power generation capacity of Burundi, Rwanda, and Tanzania and improve regional economic stability and integration through joint management and development of assets.

On completion the project will facilitate increased economic activities, private sector development, and investments in social infrastructure and services through improved access to electricity. The major beneficiaries will be households, small and medium-sized enterprises, and artisanal and mining operations within the project's power transmission areas.