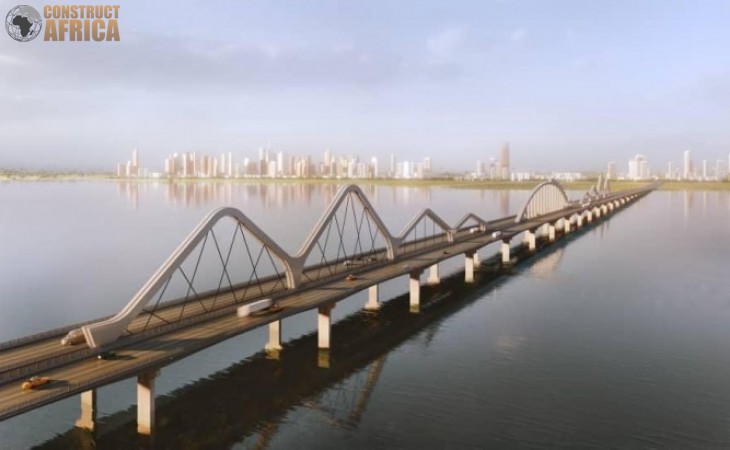 The CCECC-CRCIG consortium has been selected as preferred bidder for the US$2.5 billion Fourth Mainland Bridge project in Lagos, Nigeria.

After evaluating proposals from three shortlisted bidders, the Lagos State government, through the Office of Public Private Partnerships (PPP), announced at a news briefing on 30 December 2022 that a consortium comprising China Civil Engineering Construction Company (CCECC) and China Railway Construction Investment Group (CRCIG) has been selected as preferred bidder for the project. The state government will now commence negotiations with the consortium for a draft concession agreement.

A consortium comprising China Communication and Construction Corporation (CCCC), China Road and Bridge Corporation (CRBC), and Mota-Engil was announced as the reserve bidder for the project.

The Fourth Mainland Bridge project is estimated to cost US$2.5 billion, and will be delivered through a Public-Private Partnership arrangement. The bridge is about 37 kilometres long, commencing from Abraham Adesanya Roundabout in Lekki through Ajah and Langbasa areas, crossing the Ado Badore Road before arriving at the Lagoon shoreline. It is subdivided into 3 sections namely Island Section, Lagoon Section and Mainland Section.

In a statement posted on Twitter by Mr. Jide Sanwo-Olu, the governor of Lagos State, he stated that "the private sector investors went through a rigorous process before the emergence of CCECC-CRCCIG CONSORTIUM as the preferred bidder and MOTA-ENGIL (NIGERIA & AFRICA), CCCC & CRBC CONSORTIUM as the reserved bidder."

"The emergence of the 4MB will relieve severe congestion on the existing Carter, Eko and Third Mainland Bridges, while opening new areas of the City for future developments", Mr. Sanwo-Olu added.

The scope of works on the project includes the construction and operation of a greenfield tolled road and bridge with a design speed of 120 km/h, and the development of adjacent real estates. The works will also include construction of three toll plazas, nine interchanges and a 4.5-kilometre lagoon bridge.

Lagos State Governor, Babajide Sanwo-Olu, is expected to officially launch construction of the bridge in the first quarter of 2023. The project is expected to be completed in 48 months (4 years).