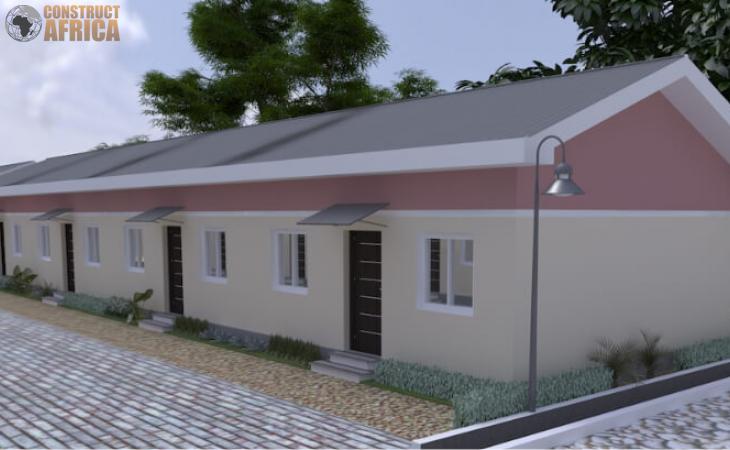 The social housing scheme is one of the planned projects under the government's Economic Sustainability Plan (ESP) and aims to provide 300,000 low-income houses.

The federal government announced in December of last year the launch of the NGN200 billion (US$524 million) social housing initiative that will create around 1.8 million jobs in the process. This initiative is part of the President Muhammadu Buhari Economic Sustainability Plan (ESP). This plan was launched to soften the harsh effects of the current economic crisis caused by the pandemic.

The Central Bank of Nigeria (CBN) is funding this initiative that took off just as 2020 was winding up. This project cuts across the six geopolitical zones of the country, with 20 out of the 36 states of the federation having indicated their interest to take part as of December 2020.

The housing project consists of one, two, and three-bedroom units. The one-bedroom units are estimated to be going between N1.8 million (US$4,718) to N2 million (US$5,242). Financial assistance is set to be available to help the citizens pay for the mortgage.

The National Social Housing Programme (NSHP) has set up a portal (https://nshp.gov.ng/) that serves as the platform for interested citizens who want to be beneficiaries to access information.

Because one of the key objectives of the social housing program is to create jobs at scale, particularly for low-income earners, the portal also serves as an access gateway for interested delivery partners. These partners include developers, young professionals in the building industry, suppliers, and manufacturers.

Senior Special Assistant to the President on Media and Publicity (Office of the Vice President) Mr. Laolu Akande spoke on the initiative. He reported that the Federal Capital Territory (FCT) was among the 20 states that had indicated an interest in the scheme.

“Several other states including Abia, Anambra, Ebonyi, Imo, Cross River, Sokoto, Kaduna, Zamfara, Katsina, Borno, and Yobe, are also working towards kick-starting the project in their states in the next phase.

“Family Homes Fund Limited (FHFL) has mobilized cooperatives and other such organized groups across the country as the main off-takers for the homes. For instance, FHFL recently met with 93 cooperative leaders from the six geographical zones, under the aegis of the Co-Operatives Federation of Nigeria.”