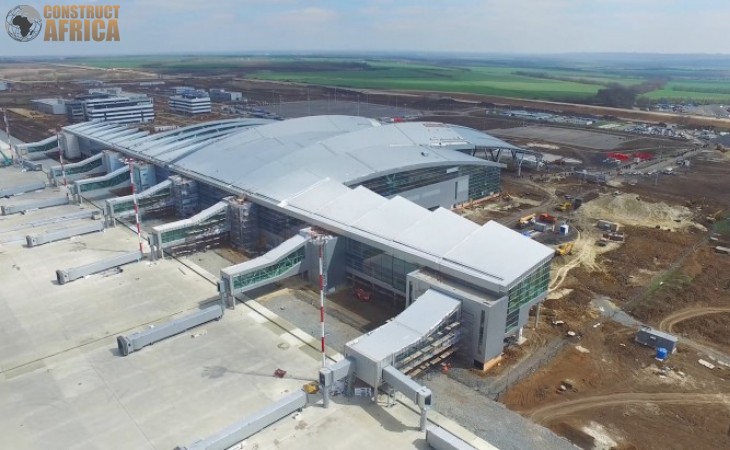 The US$900 million project to cover 3,500 hectares and is ready to commence after several years delay.

The Nigerian federal government has granted approval to the Lagos State government to proceed with construction of the Lekki International Airport in the Lekki-Epe axis of the state.

Ope George, Special Adviser to the Lagos State Governor on Public-Private Partnerships (PPP), confirmed the state government's readiness to construct the airport and stated that construction of the new airport will commence in 2023. The project will cost US$900 million and cover 3,500 hectares of land.

Nigerian Minister for Aviation, Hadi Sirika, presented the approval letter for the new airport to the State Governor at the ninth Ehingbeti Lagos Economic Summit, with the theme “Lagos State 2022-2052: Charting the Paths to Sustainable Socio-Economic Growth.” The Minister commented that Lagos State had the resources needed for the new airport.

“This is our Lagos, and having this additional airport will make Lagos more accessible. It will link the people and state closer to the markets, culture, history, tradition, schools, hospitals, a larger economy, commerce, and trade. The GDP of Lagos, now running into a trillion, makes up about 30 percent of the country’s total GDP, thus making it the hub of West Africa and Africa as a whole. You will also agree with me that the Murtala Muhammed International Airport is now congested and far from the centre of the action. There is a new Lagos – the Eko Atlantic City, Lekki Free Zone, the road networks around Epe – and many other development projects, making Lagos need this airport like yesterday. We are therefore more than happy to approve it, and we will get our agencies to supervise it to ensure it is done very well, which is also the signature of Lagos itself,” said Sirika.

The new airport will be constructed in collaboration with local and foreign investors. Some private consortia are reported to have expressed their interests in developing the airport. However the Lagos state government has not yet decided on which investors to partner with on the new airport project.

The master plan and aeronautical designs of the airport are ready, according to the state government. Studies are ongoing into implementation strategies funding and other issues related to the development of the new airport, following which the project will be ready for the next phase in which it will be taken to the marketplace. Construction is expected to begin in 2023.

On completion, the airport will is expected to cater to an estimated 5 million people yearly, and will help reduce traffic and congestion at the Murtala Muhammed Airport in Ikeja, Lagos.

Hon. Minister of Aviation, @hadisirika explains the importance of the Lekki-Epe Airport, He says Lagos is very significant to the Economy of the country and that the current Murtala Muhammed Airport is already congested. pic.twitter.com/5PtaXgaDwT

The first phase of the Lekki Airport is expected to cost US$450 million. The project was initially expected to begin operations in 2012. It has, however, faced several delays.

Lagos Governor, Sanwo-Olu, spoke of the positive partnership with the Federal Government through the Ministry of Aviation and the benefits to citizens and businesses. He said that using government-to-business (Govt2B) and business-to-business (B2B) business models helps economic development.

“We want to give businesses the platform and infrastructure needed to thrive. This infrastructure will reduce travel time, make Lagos easily and with better access, and people can make better local and international business decisions given all the investments that have been put here. So it’s the right step at the right time,” he said.

The Lekki area of Lagos state has already played host to several major development projects such as the Lekki Free Trade Zone, the Dangote Refinery and Petrochemicals, Dangote Fertilizer, and the Lekki Deep Sea Port, as well as some other major industries and manufacturing businesses.