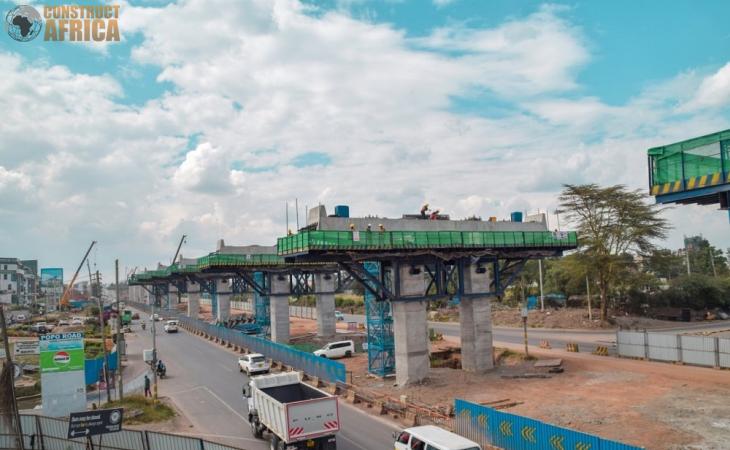 For the 2021-22 financial year, Kenya's National Treasury is proposing an allocation of Ksh200 billion (US$1.8 billion) to the State Department of Infrastructure.

This State Department is responsible for developing roads, railways, and infrastructural developments within the country. This initiative is part of the government’s ambitious plan to construct over 6,000 kilometers of new roads within the next three years to expand the country’s accessibility.

These roads, which include highways and local roads, will connect Kenya to the rest of the region and open up accessibility to more parts of the country. Some of the notable road projects include part of the Isiolo-Mandera Road, which is part of the World Bank-funded Horn of Africa Gateway Development Project.

Other note-worthy road projects to be completed within this financial year include the 649 kilometer Mau Mau road and the 84 kilometer Kenol-Sagana-Marua road. The government also aims to construct over 128 kilometers of roads under the South Sudan Eastern Africa Regional Trade and Transport Development Facilitation Project.

According to the draft Budget Policy Statement (BPS), the Kenyan government will tap into its own funds and public-private partnerships (PPP) to fund these infrastructure projects. Treasury, in the draft BPS published in January 2021, said, “The government has put in place deliberate efforts to scale up a robust network of high-quality roads, railways, sea, and airports to enable Kenyans enjoy the benefits of expanded infrastructure assets, interconnectivity, and competitiveness, leading to improvement and better ranking in the ease of doing business in the country.

“In order to ensure every Kenyan enjoys the benefits of an expanded road network, the government has been scaling up the construction of modern highways, urban and rural roads in every part of the country.” Treasury also reported that under the Economic Stimulus Programme, the government would spend Ksh 5 billion to rehabilitate damaged access roads and footbridges in all major towns across the country.

In the same light, the Ministry of Transport has selected China Road and Bridge Corporation (CRBC) to construct the Nairobi Expressway at a Ksh60 billion project cost. The Nairobi-Mau Summit Road will be built by the Vinci Highways SAS, Meridian Infrastructure Africa Fund, and Vinci Concessions SAS at a project cost of Ksh168 billion. Treasury noted that “These two roads will have a significant positive impact on the economy by decongesting Nairobi’s gateways and opening up the economies of and increasing connectivity in Western, Rift Valley and Central Kenya respectively.”

Another significant infrastructural project earmarked for completion in this financial year is the refurbishment of the Naivasha-Kisumu meter gauge railway. Rehabilitation of this railway connection will give cargo owners access to the Standard Gauge Railway currently terminating at Mai Mahiu.