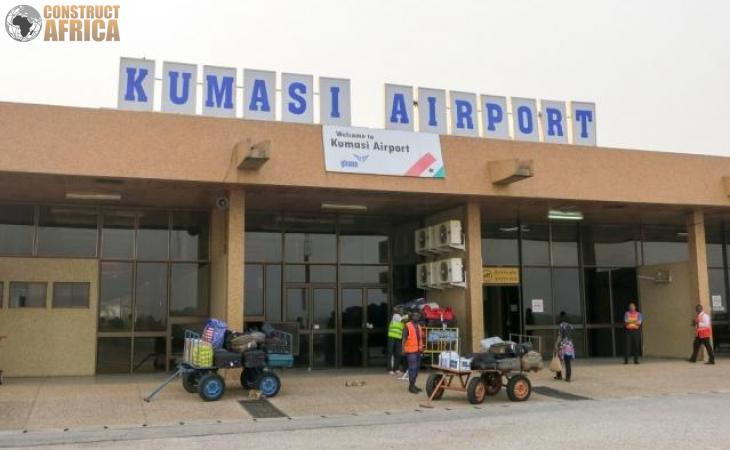 The ongoing Kumasi International Airport expansion project is on track to be fully completed this year.

This was confirmed by the Ghanaian Minister of Transport, Kwaku Ofori Asiamah. He also stated that once it’s completed, the airport would be opened for service by next year. He said, “We expect the second phase of the project to be completed by June 2021, while the third phase, which is concurrently ongoing, will be completed by the end of this year as well, transforming the facility into a fully-fledged international airport.”

Groundbreaking for the second phase was done in 2018, and the project cost was estimated at approximately US$300 million. The second phase of the airport expansion project includes the construction of a new ultra-modern passenger terminal that can handle over a million passengers annually. The scope of works for the second phase also involved extending the runway from 1,982m to 2,300m to accommodate Boeing 737-800s. Other works included constructing restaurants, additional aprons, parking areas, shopping areas, and a ring road around the airport.

On the sidelines of the Kumasi International Airport expansion project announcement, Minister Kwaku also reported that he had directed the Ghana Civil Aviation Authority to commence the feasibility studies for the Kumasi Airport City project. He added that the Ministry of Transportation would soon come out with the design and standards of the required facilities for the proposed Airport City, and their related costs.

This expansion project is part of the multi-modal transportation system that the government is developing to enhance tourism in the Ashanti region.

The Ashanti region is the most populous region in the country and is one of the fastest-growing. It has an estimated population of four million people.

Kumasi is the Ashanti regional capital and is the busiest domestic destination. It is served by both Africa World Airlines (AWA) and PassionAir. These two airlines operate about 20 flights a day between Accra and Kumasi. According to industry data, around 16,499 people traveled by air between these two cities in 2019.

Related News
US$120m Pullman Hotel under construction in Accra, Ghana
Feasibility Study for Keta Port in Ghana to be ready by February 2021
Ghana: Prices of Cement and Other Building Materials increase by 5%