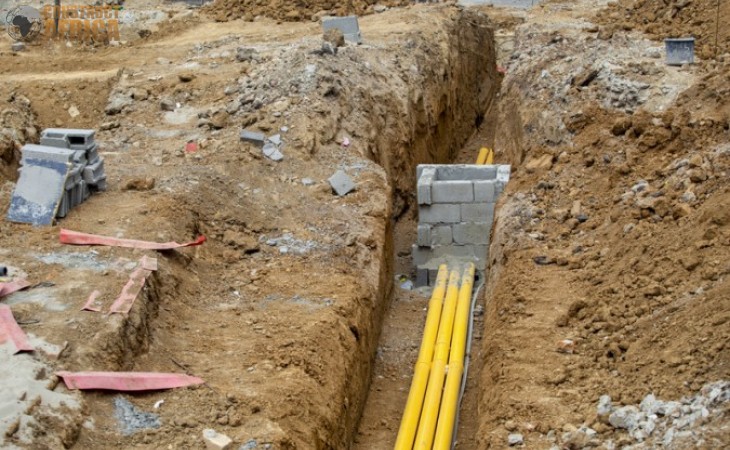 2,000 kilometres of fibre network to be laid along Zimbabwe's rail system.

DFA is a fibre-infrastructure and connectivity provider. The company installs and maintains fibre networks to transmit telecommunications traffic. In 2020, DFA received a Class B Internet Access Provider licence in Zimbabwe from the Postal and Telecommunications Regulatory Authority of Zimbabwe (POTRAZ).

After obtaining their Internet Access Provider, DFA began laying fibre in the metropolitan areas of Harare, the country's capital, and recently partnered with Bandwidth and Cloud Services Group (BCS) to implement a long-haul fibre backbone project in Zimbabwe leveraging on existing rail infrastructure. The project will lay fibre optic cables along the country's national rail tracks.

BCS is a provider of Fiber Connectivity Solutions, and has a network coverage spanning over 80,000 kilometres of subsea, backbone and metro fiber across 15 countries in Eastern, Central and Southern Africa. The company limited their operations to central Africa until 2018 when it obtained a license to operate in Zambia. In 2021, BCS also received licenses to operate in Zimbabwe and Angola which initiated the fibre backbone project the company is currently implementing in Zimbabwe.

BCS is reported to be providing most of the funding for the long-haul fibre backbone project, with DFA performing the fiber laying.

Phase 1 of the project, which is complete, involved the laying of 1,180 kilometres of fibre from Beitbridge to Victoria Falls.

Phase 2 will begin in early 2023 and stretch for an additional 800 kilometres from Somabula to Harare via Gweru, from Bulawayo to Plumtree, and from Harare to Mutare.

The Beitbridge to Victoria Falls long-haul fibre optic network infrastructure was estimated to cost US$18 million, and the next phase is expected to cost about the same.

Zimbabwe's National Development Strategy (NDS1) has identified the digital economy a priority area, and the Zimbabwean government is looking to expand its national fiber optic network as part of a major infrastructure investment project.

Speaking at the project launch in Victoria Falls, DFA Zimbabwe chief executive Simon Chimutsotso said the project will reinforce Zimbabwe's position as the telecommunications traffic hub for the Southern African Development Community (SADC), and Africa as a whole. He added that the project is in line with the company's pledge, from when it was granted a license, to build a nationwide network for the provision of licensed telecommunications services.

Also speaking at the launch of the project, Yonas Maru, BCS Group managing director, said they were looking forward to the connection of electricity by the Zimbabwe Electricity Supply Authority (ZESA) to the 12 repeater sites along the railway where the long-haul transmission equipment will be hosted by February 2023.