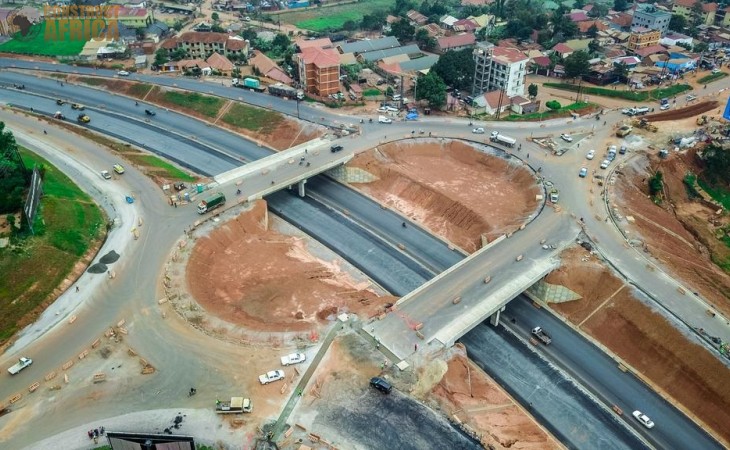 People accustomed to driving on smooth asphalt or concrete roads their whole lives may fail to notice the significant role that roads play in their daily lives and in the development of a country. In fact, this may be a bigger deal for some than it is for others.

In this blog, we look into how road construction projects in Africa can help in the development of countries on the continent.

Africa is the second most populous continent in the world, and home to over 1.2 billion people as of 2022. It is next to Asia which has over 4.5 billion people. As the population in African countries continues to grow, more and more people can work hand-in-hand in the improvement of the quality of lives and eventually meet their country’s needs to sustain a healthy economy.

Aside from being rich in human resources, countries on the continent Africa are also abundant in natural resources, fertile soils, and precious minerals.

With billions of people on the continent and a vast range of natural resources, it is easy to presume that countries in Africa are naturally replete with a sustained upward trajectory in the quality of living. However, that may not be the truth.

Most countries in Africa have suffered from poverty, unemployment, and an urgent need for economic growth that is sustainable. Despite the abundance of natural resources, some places in the continent consistently have to deal with increasing water scarcity, biodiversity, and loss of ecosystem. Moreover, there have been challenges with energy crises, food crises, and limited access to healthcare.

But that isn’t the end of the story.

Like any other nations, African countries have great potential for development. In fact, Africa countries are now attracting more project finance and investments from private companies and foreign countries than previously. Countries across the continent have also set out infrastructure development plans that can help improve housing, energy generation, and transport.

In addition, a number of countries such as Kenya, Morocco, Egypt, Ethiopia, and Tanzania have also built renewable power generation systems like hydropower projects, wind farms, and solar panels to provide their citizens with reliable sources of power supply.

But what do roads have to do with a country’s improvement and development?

As previously mentioned, well-developed roads have various benefits, not just for individuals but for entire countries. Here are some of the potential benefits:

As living beings, we need food to survive. We also need a number of social services (e.g. health, education, entertainment, fire/police etc) to live comfortably. But what will happen if it is difficult to access these things? It will be difficult and challenging for both the producers operating within the economy as well as the consumers.

Essentially, well-developed roads make it easier for commercial entities to connect with their customers and transport goods to where the demand is. As a consequence of the availability of good roads, people will have access to enough food to eat and items required for undertaking different daily activities. Similarly, roads also help increase the revenue of businesses providing such goods and services, which has a knock-on effect of supporting the economy of a country.

In addition, roads also allow individuals to have easier access to healthcare.

Nowadays, almost everything has gone digital. However, some people prefer to look for employment opportunities in person - sometimes this is due to limited access to the internet and technology. The problem is there are places with poor road infrastructure, especially in rural areas, making it difficult for individuals to seek employment opportunities in the heart of the city where bigger companies are.

Excellent road infrastructure will eliminate this transportation and mobility problem among job seekers, as the roads enable them to travel back and forth without much hassle. Furthermore, when the job seekers finally land a job, they can go to the place of work and return back home without spending hours on poor roads and bumpy streets.

Traffic congestion isn’t new in countries around the world. Data from TomTom - a consumer electronics company - indicates that Istanbul was the most congested city in the world in 2021. The country lost 142 hours due to heavy traffic, with a 62% congestion level. It is followed by Moscow with a 61% congestion level and 140 hours lost.

Some people may say that they are already used to the traffic. Regardless, being stuck in heavy traffic takes a lot of your time which should have been used to complete important tasks. It is also important to remember that aside from the increasing number of vehicles on the road, one of the main causes of traffic is poor road infrastructure.

The continuous execution of road construction projects in Africa can significantly help to alleviate this problem of traffic congestion and the consequent negative effect on productivity levels. When these road projects are completed and the road network is enhanced, there will be more movement for people, therefore enhancing their productivity and boosting the economy.

As you probably know, belt and road projects in Africa are underway. These projects will improve local intra-African trade between countries across the African continent, as well as provide enhanced access to international trade between African countries and the rest of the world.

Trading will then create more jobs as exports increase a country’s income, especially if there is skyrocketing demand for the goods and services produced by the country. To meet these demands, businesses would need to hire more workers for the production of goods, and when the employment rate rises, the living conditions of people in countries across Africa will be better and the economy of the various countries improve significantly.

Infrastructure plays a crucial role in a country’s economic performance. As the experts would say, higher investments in infrastructure lead to an improvement in productivity, trade, connection, and economic inclusion. This does not only pertain to road construction projects and other transportation-related structures in Africa. It also covers energy, safety, public spaces, water, safety, and resilience, among others.

Developments in these areas can foster a positive economic change on both micro and macro level. As countries in Africa continue to develop, there will be more investments and projects to come. If you’re interested in knowing more about these projects and opportunities, feel free to visit the ConstructAfrica website at www.constructafrica.com where you will find news, industry reports, and articles that will keep you up-to-date about the situation in the construction industry in African countries.