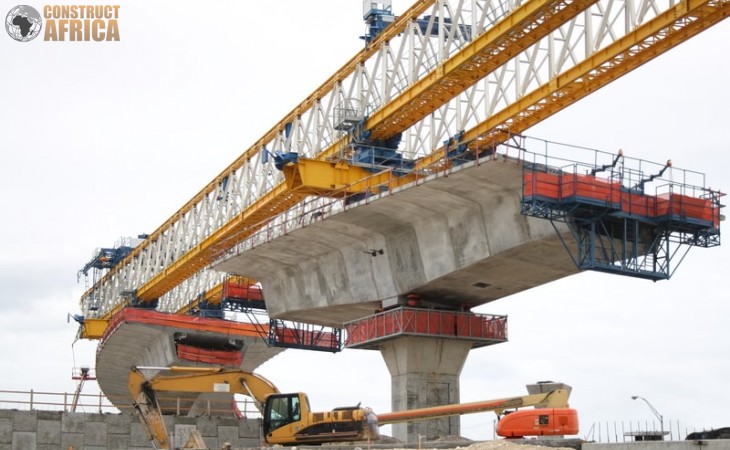 Work is currently underway on some of Africa’s largest construction projects as countries across the continent strive to develop infrastructure to support their rapidly growing economies.

The following are some major infrastructure projects in Africa that are ongoing, or in planning and under development, in 2021.

The Grand Inga Dam is the world's largest proposed hydropower project, and it is being built on the Congo River in the Democratic Republic of the Congo. It is the cornerstone of the country’s grand vision to assist in the development of a continent-wide power system.

The project is expected to generate 40,000 MW of power. This is enough to power nearly half of the continent and is nearly twice as large as China's Three Gorges Dam. It is estimated that approximately US$80 billion will be required to complete the project. This will entail the installation of transmission lines across the continent.

The Dangote Oil Refinery project is on track to become the world's largest single oil refinery. The facility, which will be located in Nigeria, will have a capacity of 650,000 barrels per day, boosting economic growth and creating thousands of jobs.

The refinery project will cost a whopping US$14 billion , and when finished, the planned refinery and petrochemical complex will account for half of Africa's richest man, Aliko Dangote's vast assets. It is also expected to increase the country's oil exports and decrease its reliance on petroleum product imports. In September 2020, ConstructAfrica reported that majority of the heavy refinery components for the project had been delivered to site by heavy lifting and transport contractor, Mammoet.

Tanzania's Bagamoyo port is set to become the largest in East and Central Africa. Tanzania, China, and Oman are collaborating on the project. The port is being built by the state-owned China Merchants Port, and an Omani sovereign wealth fund will establish a 1,700-hectare special economic zone adjacent to it.

The port project, which is expected to cost US$10 billion, is expected to take about 30 years to complete to reach its full potential. The port will be able to handle twenty times more cargo than the country's largest port, which is located in the Tanzanian capital of Dar es Salaam.

Egypt's gleaming new capital, rising from the desert sands, is set to bring a breath of fresh air to Cairo, which is burdened by an ever-increasing population that puts a strain on existing infrastructure.

The smart city is 45 kilometers east of Cairo and has 21 residential districts and 25 commercial districts. The city will have a recreation park twice the size of New York City's Central Park, solar energy farms covering 90 square kilometers, and several artificial lakes. In its first phase, the new capital is expected to attract a population of 7 million people.

Konza Technology City is a smart city project that will be built in the country's east. The project, which is part of the country's Vision 2030 blueprint, is expected to create approximately 17,000 direct high-value jobs and an additional 68,000 indirect jobs once completed.

The project, which is 64 kilometers south of Nairobi, is modeled after Silicon Valley in the United States, hence the name "African Silicon Savanna." It is primarily aimed at business process outsourcing, software development, data centers, disaster recovery centers, call centers, light manufacturing industries, and research institutions. The total cost of the project is US$14.5 billion.

Kenya is spending US$9.9 billion to build a 969-kilometer standard gauge railway from Mombasa to Malaba. This has been billed as one of Africa's largest and most ambitious transportation infrastructure projects.

The 1,400-kilometer Lagos-Calabar railway, which will cost US$10 billion, is without a doubt one of Africa's major infrastructure projects.

The project, which was originally contracted to a Chinese company, is now being pursued by Ameri Metro Inc., based in the United States, after the Chinese were unable to raise the necessary funds.

When completed, the Lagos-Calabar railway will link the cities of Port Harcourt, Uyo, and Aba, facilitating the movement of goods and services throughout the region.

Nigeria is building a mega hydropower dam in order to increase its energy production. The Mambila Hydroelectric Power Project, which has been planned for more than three decades, is one of Africa's largest construction projects.

The Mambila Hydroelectric Power Project, which China's Sinohydro Corp is undertaking at a cost of US$5.8 billion, will be linked to three dams across the Donga River in Taraba State, Nigeria. The facility's total installed capacity will be 3,050MW of electricity. In May 2020, ConstructAfrica reported that settlement had been reached on an arbitration case that was delaying the project.

The Grand Ethiopian Renaissance Dam, formerly known as the Millennium Dam, is a gravity dam being built on Ethiopia's Blue Nile River in Benishangul-Gumuz.

Work on the 6,000 MW dam began in 2011 and is now 70% complete, falling well short of the July 2017 completion date. Once completed, the Grand Ethiopian Renaissance Dam will be Africa's largest hydroelectric power plant and the world's seventh largest.

The more you know about the African construction industry, the better placed you are to benefit from opportunities in one of the ongoing projects. There are a lot of other projects out there and it is projected that a lot more will be launched soon.

If you wish to keep updated on the latest news about the numerous development projects in Africa that we have mentioned here, be sure to stay tuned to ConstructAfrica today. We bring the latest and freshest developments in the construction industry from all over the continent. Subscribe now.